A Time to Dance – Walter’s Story

My memories of Scargill 60 years ago are of a different age.  For example, little traffic. I could run (O golden days,) from the house to Kettlewell, over the bridge, and then to Kilnsey, then back over the bridge to Conistone, then back to the house and only have to watch out for the Post Office van.
When I was a member of the community I looked after the pigs, four: Hands, Knees, Bumps and Daisy.  When it was time for them to be butchered, the butcher came to us.  The meat was put in the freezer, but the ‘innards’ were shared out.  This is what happened up and down the valley so nothing was wasted.  The heads were raffle prizes at the local WI.  The WI met in the village hall. 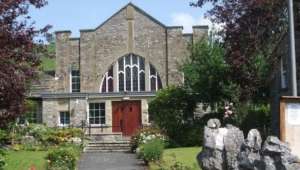 There were dances in the village hall, but ladies could not go without a male partner, so I was co-opted.  I would turn up with 4 or 5 other members of community and they would dance with the RAF rescue team, handsome young men who danced in their thick woolly socks.  They came dressed in their outdoor gear so they could go ‘rescue’ if called out.  I found a nice corner near the food table, a long trestle table piled with homemade food – pies, every pie you could think of.  The dance didn’t start until 10 o-clock, supposedly after milking, but it was accepted that that was earliest you could get the ‘band’, a piano and a fiddle, out of the pub.  It was fun.  The thing you needed to be a community member was faith, and energy.