In this first of our “Tales of The Unexpected” Blog series Tom shares with us what Scargill has meant to him and his family:

I attended Scargill with my parents and brother from a very young age (once as a foetus I believe!) and returned for that glorious week every summer until its closure in 2008.

During our visit in 1999 for “Jerusalem Joy” music week lead by Roger Jones of Christian Music Ministries, I met a girl called Rachel Walker, who was also visiting with her family. I was 7 years old, she was 8. Rachel enjoyed singing and dancing in the musicals, and I started out playing bass guitar.

The following year whilst visiting Scargill for “Snakes and Ladder” I met Roger Jones’ son Peter, who was drumming for the musical. Peter, who was also a drum teacher, gave me my first ever lesson on the drum kit. Sadly, Peter became unwell and went to be with Jesus in 2002 but he lit a fire in me and inspired me to learn the drums which has been my primary instrument ever since. I continued to attend Scargill and drummed for Roger’s music weeks every year, and now Rachel and I join Roger and the CMM team for CMM events all over the country.

Rachel and I made many close friends whilst visiting Scargill, taking over “The Den” for the week where we watched films, played games and learnt about God together. It is no exaggeration to say that we all grew up together at Scargill.

Rachel and I became very close friends over the years and although we only saw each other for a week every year remained so, until in 2015 when on a weekend visit to Scargill together, whilst in the chapel, I asked her to be my wife… and she said YES! We married in York Minster 8 months later, with Roger preaching at the wedding.

So were it not for Scargill I wouldn’t have met my wife or become a drummer. Scargill is a very special place for both of us. We were both delighted when Scargill re-opened and we’re thrilled it is now back on its feet so many more people are able to visit and experience God in one of the most beautiful parts of the country.

We are returning with our familes and CMM this summer for the production of “Wildfire”, and just as my parents visited whilst my mother was pregnant with me, we will be doing the same as Rachel is expecting our first child in October, and we cannot wait to introduce the next generation to Scargill and make many more happy memories meeting new friends and worshiping God!

With love and God’s blessings,

From Tom and Rachel Moger 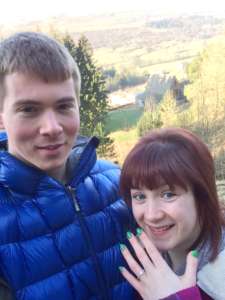 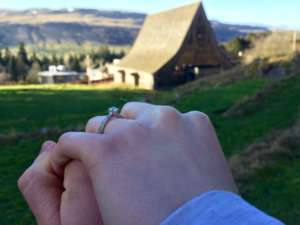 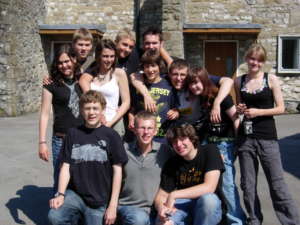